Click on the image below to learn more about CMUThink

How do post-industrial cities like Pittsburgh position themselves for a renaissance?

CFA faculty member Donald Carter (A 1967) will discuss the research behind his recent book Remaking Post-Industrial Cities, with a specific focus on the lessons learned from Pittsburgh's transformation following its 1985 collapse. 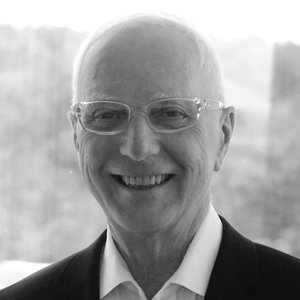 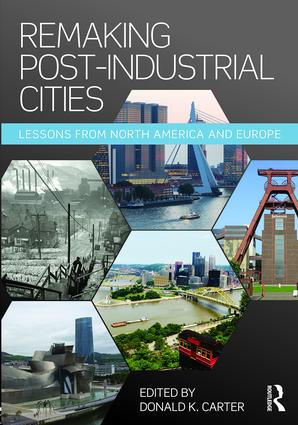 Developed from the influential 2013 Remaking Cities Congress, conference chair Donald K. Carter brings together ten in-depth case studies of cities across North America and Europe, documenting their recovery from 1985 to 2015. Each chapter discusses the history of the city, its transformation, and prospects for the future. The cases cross-cut these themes with issues crucial to the resilience of post-industrial cities including sustainability; doing more with less; public engagement; and equity (social, economic and environmental), the most important issue cities face today and for the foreseeable future.

This book provides essential "lessons learned" from the mistakes and successes of these cities, and is an invaluable resource for practitioners and students of planning, urban design, urban redevelopment, economic development and public and social policy. 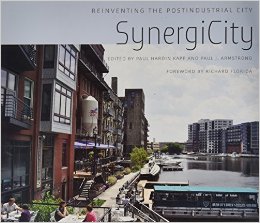 SynergiCity: Reinventing the Postindustrial City proposes a new and invigorating vision of urbanism, architectural design, and urban revitalization in twenty-first-century America. Culling transformative ideas from the realms of historic preservation, sustainability, ecological urbanism, and the innovation economy, Paul Hardin Kapp and Paul J. Armstrong present a holistic vision for restoring industrial cities suffering from population decline back into stimulating and productive places to live and work.

The Coming of Post-Industrial Society: A Venture in Social Forecasting
By Daniel Bell 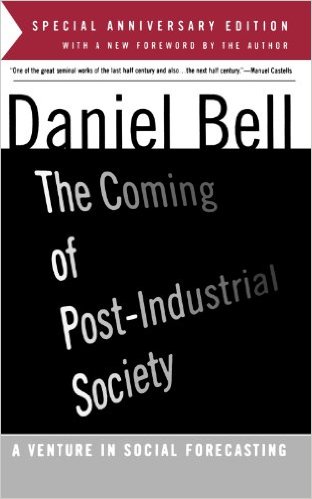 In 1976, Daniel Bell’s historical work predicted a vastly different society developing—one that will rely on the “economics of information” rather than the “economics of goods.” Bell argued that the new society would not displace the older one but rather overlie some of the previous layers just as the industrial society did not completely eradicate the agrarian sectors of our society. The post-industrial society’s dimensions would include the spread of a knowledge class, the change from goods to services and the role of women. All of these would be dependent on the expansion of services in the economic sector and an increasing dependence on science as the means of innovating and organizing technological change.Bell prophetically stated in The Coming of the Post-Industrial Society that we should expect “… new premises and new powers, new constraints and new questions—with the difference that these are now on a scale that had never been previously imagined in world history.”

Remaking Cities: Proceedings of the 1988 International Conference in Pittsburgh
Edited by Barbara Davis 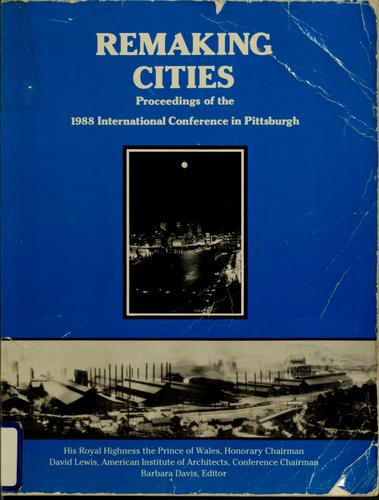 This volume documents the Remaking Cities conference of 1988, chaired by David Lewis. His Royal Highness the Prince of Whales was the Honorary Chairman. The conference focused on the problems and opportunities of older industrial cities, particularly in Europe and the United States, as they faced the challenges of accelerating change. The conference proceedings record addresses, plenary sessions, and workshops, and the work of the Regional/Urban Design Assistance Team (R/UDAT) in the Monongahela River Valley. The conference inspired the 2013 Remaking Cities Congress.

More than 300 urbanists from North America and Europe convened on the future of post-industrial cities. The Congress was held in Pittsburgh, renowned for its 25-year transformation from an industrial economy to a knowledge economy.

CityLab is dedicated to the people who are creating the cities of the future—and those who want to live there. Through sharp analysis, original reporting, and visual storytelling, our coverage focuses on the biggest ideas and most pressing issues facing the world’s metro areas and neighborhoods. 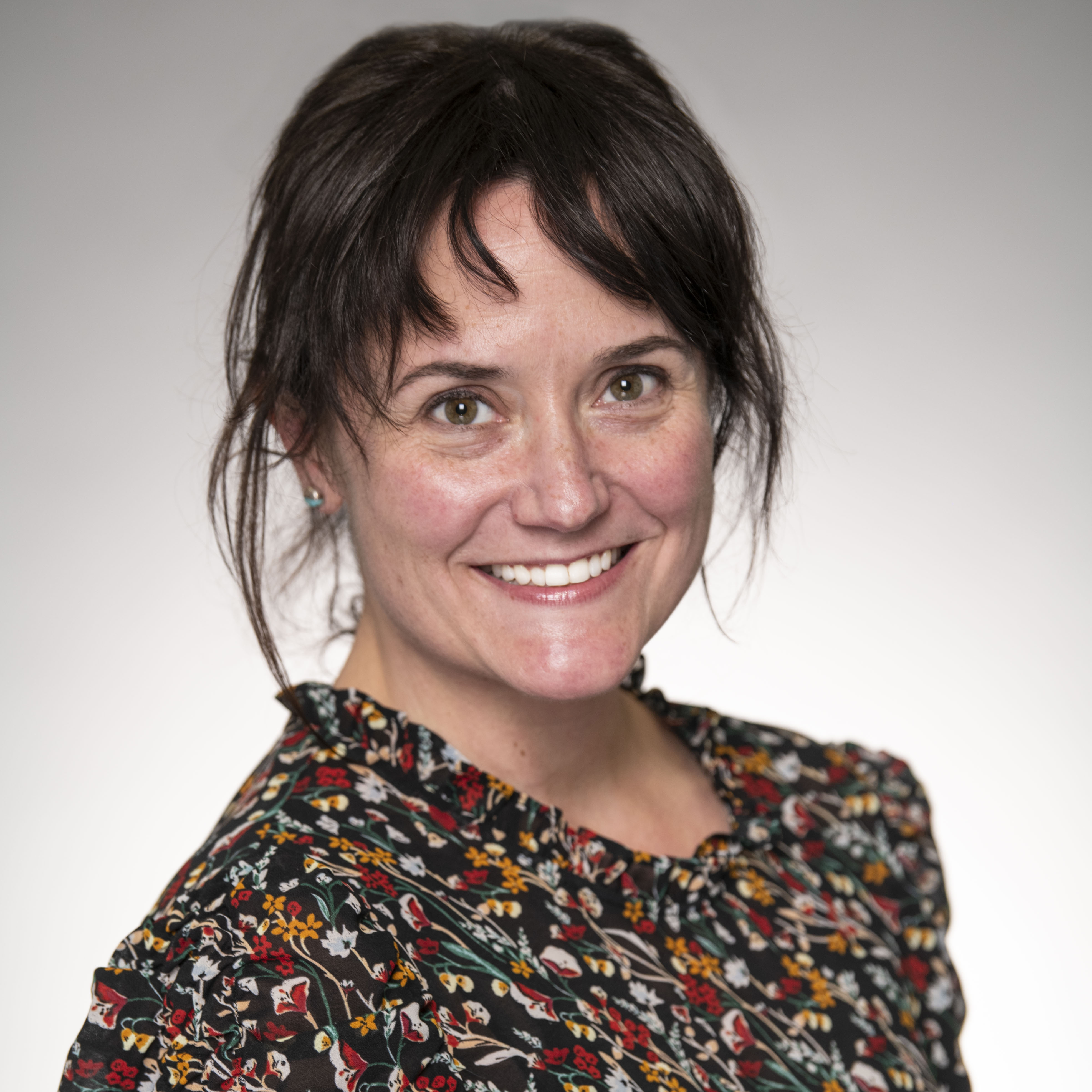 Will artificial intelligence make us healthier?

HCII faculty member Anind Dey will discuss the ways in which everyday artifacts and AI enable us to sense, model and understand human routines, which form the basis of achieving goals such as improved health and increased relaxation. 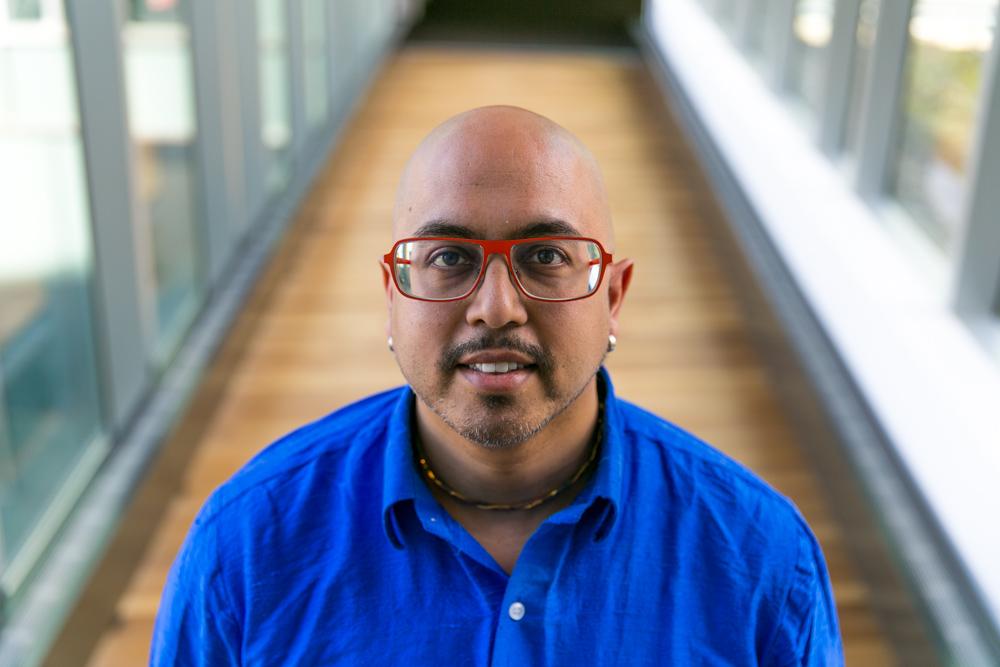 The pervasiveness and range of capabilities of today’s mobile devices have enabled a wide spectrum of mobile applications that are transforming our daily lives, from smartphones equipped with GPS to integrated mobile sensors that acquire physiological data. Human Activity Recognition: Using Wearable Sensors and Smartphones focuses on the automatic identification of human activities from pervasive wearable sensors―a crucial component for health monitoring and also applicable to other areas, such as entertainment and tactical operations.

Data will not help you if you can’t see it where you need it. Or can’t collect it where you need it. Upon these principles, wearable technology was born. And although smart watches and fitness trackers have become almost ubiquitous, with in-body sensors on the horizon, the future applications of wearable computers hold so much more. A trusted reference for almost 15 years, Fundamentals of Wearable Computers and Augmented Reality goes beyond smart clothing to explore user interface design issues specific to wearable tech and areas in which it can be applied.

This book aims at promoting the discussion on current trends in technologies and concepts that help integrate health monitoring and healthcare more seamlessly to our everyday lives, regardless of space and time, but also present cutting edge perspectives and visions to highlight future development. The book presents not only the state of the art technologies and solutions to tackle the critical challenges faced by the building and development of the pervasive health system but also potential impact on society at social, medical and technological level.

This talk was given at a local TEDx event, produced independently of the TED Conferences. Is technology usurping our human capacity for connection and understanding, or expanding our ability to know ourselves and those around us -- and so helping guide us to our highest selves? In this inspiring talk, Lauren Costantini explores what it means to be human in the age of the quantified self.

Can tweets and online restaurant reviews help us answer economic and financial questions?

Tepper faculty member Bryan Routledge will discuss the emergence of text as data, the models available to assess it and the ways in which it is (and is not) helpful in influencing economic and financial decisions. 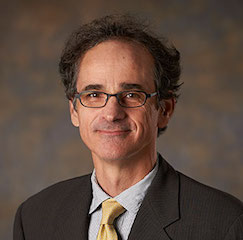 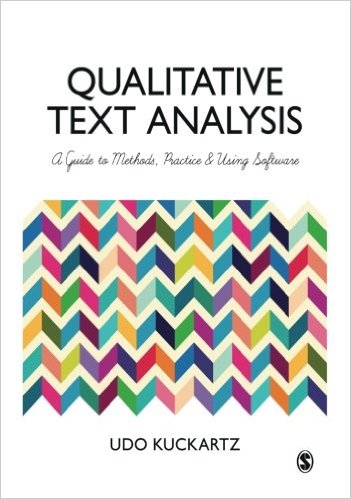 How can you analyze narratives, interviews, field notes, or focus group data?

Qualitative text analysis is ideal for these types of data and this textbook provides a hands-on introduction to the method and its theoretical underpinnings. It offers step-by-step instructions for implementing the three principal types of qualitative text analysis: thematic, evaluative, and type-building. Special attention is paid to how to present your results and use qualitative data analysis software packages, which are highly recommended for use in combination with qualitative text analysis since they allow for fast, reliable, and more accurate analysis. The book shows in detail how to use software, from transcribing the verbal data to presenting and visualizing the results. 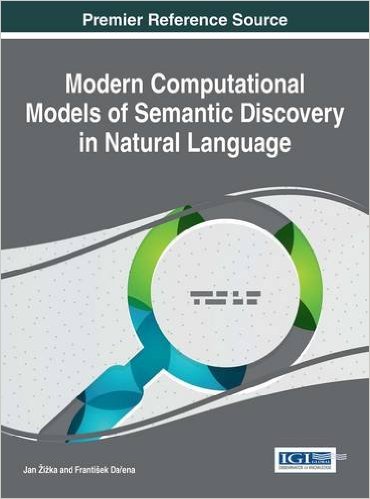 Compiles and reviews the most prominent linguistic theories into a single source that serves as an essential reference for future solutions to one of the most important challenges of our age. This comprehensive publication benefits an audience of students and professionals, researchers, and practitioners of linguistics and language discovery.

This book includes a comprehensive range of topics and chapters covering digital media, social interaction in online environments, text and data mining, language processing and translation, and contextual documentation, among others.

What is Text Analysis? Video produced by IBM Analytics that explains what text analytics is and its importance to the business community.

Natural Language Processing & Deep Language. Video produced by Deep Learning that explains natural language processing (NLP) tools and how deep learning can help overcome some of the limitations of NLP.

This is a blog dedicated to using the open source R programming language for various data analysis projects. It is intended for the R community and is updated daily with contributions from various authors.

Check out the Revolutions blog post on "In-depth analysis of Twitter activity and sentiment, with R" that gives you an example of how Twitter is used for public opinion. 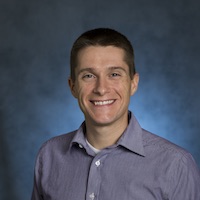