This guide is being developed to help provide a basis for research on theatre and disability.
Included are: library catalog search tips, selected books, book chapters, plays and films and more.

Contemporary World Drama
New work from Alexander Street Press existing playwright partners alongside work from up-and-coming playwrights from around the world, including recently produced world premieres and previously unpublished works from every continent.

Twentieth Century North American Drama is a growing full-text database, currently containing 850 plays including the complete works of major playwrights as well as plays by emerging playwrights. Searchable by keyword, author, play title, characters, scenes, subjects, years, productions, theaters, and companies. Additional information on playwrights, theaters, companies, productions and performances is included along with a selection of playbills, posters and other ephemera.

Explore this script discovery database brought  to you by the National New Play Network, an alliance of non-profit theaters dedicated to the development, production, and continued life of new plays.' Search plays by using any number of options including cast size, play length, age level, genre, subject matter, gender or sexual identity and ethnicity. Some scripts are available in full-text.
If a play in NPX is not accessible via the databCarnegie Mellon Libraries check The CMU Library Catalog and/or request a play for the University Libraries play collection:  contact Mo Dawley.

Crip Camp (International Documentary Association) On Netflix
"Just down the road from Woodstock, in the late 1960s and early 1970s, a parallel revolution blossomed in a ramshackle summer camp for disabled teenagers. Steeped in the humor and music of the era, Crip Camp explores the universal experience of summer camp awakenings that would transform lives and shape the future of the disability rights movement. Told from the point of view of former camper Jim LeBrecht, the film traces the journeys of campers up to the present day, in this compelling and untold story of a powerful journey towards inclusion."

Deaf Jam (Kanopy)
..."the story of deaf teen Aneta Brodski's bold journey into the spoken word slam scene. In a wondrous twist, Aneta, an Israeli immigrant living in the Queens section of New York City, eventually meets Tahani, a hearing Palestinian slam poet. The two women embark on a collaboration/performance duet creating a new form of slam poetry that speaks to both the hearing and the Deaf.

﻿Enter the Faun (Tamar Rogoff Performance Projects)
" The unlikely collaboration between a veteran choreographer and a young actor with cerebral palsy delivers astonishing proof that each and every body is capable of miraculous transformation. As Tamar Rogoff trains Gregg Mozgala to become a dancer, they discover that her lack of formal medical training and his fears and physical limitations are not obstacles, but the impetus for their unprecedented discoveries."

Generation A: Portraits of Autism and the Arts (Kanopy)
Examines "how creative therapies and art programs in music, dance, art, animation, and more are being applied to stimulate the brain, encourage meaningful connections and social interaction, enhance speech and language, and build self-esteem."

Invitation to Dance: Disability in 21st Century America (Kanopy)
Kino Lorber. " traces Simi Linton's first reluctant foray onto the dance floor at a party to present day when dance has become a central theme in her social life, activism, and work. Ultimately, the film is a never-before-told coming out story of disabled people staking their claim to "equality, justice, and a place on the dance floor!"

Sins Invalid: An Unshamed Claim to Beauty Right Now (Kanopy)
"Sins Invalid witnesses a performance project that incubates and celebrates artists with disabilities, centralizing artists of color and queer and gender-variant artists. Since 2006, its performances have explored themes of sexuality, beauty, and the disabled body, impacting thousands through live performance. Sins Invalid is as an entryway into the absurdly taboo topic of sexuality and disability, manifesting a new paradigm of disability justice."

Who Am I To Stop It: Transformation After Brain Injury (Kanopy)
Cheryl Green and Cynthia Lopez. "A documentary film on isolation, art, and transformation after brain injury made by a filmmaker with disabilities from brain injury. It follows three artists as they navigate social isolation, stigma, and rebuilding their identities."

A New Kind of Listening: Disability Rights and the Power of Inclusive Arts (Kanopy)
Follows the collaborative work of the Community Inclusive Theater Group which " inspires cast members, some with disabilities and unable to speak, to be poets, actors and dancers."

Dance Online: Dance in Video
...productions and documentaries with influential performers and companies of the 20th century. Includes ballet, tap, jazz, contemporary, experimental, improvisational dance, and forerunners of the forms and the pioneers of modern concert dance;
search, browse, cite or bookmark videos to the moment; make custom clips, annotate and share them. 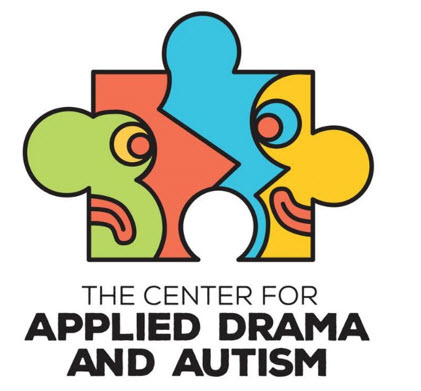 Back to Back Theatre
"Over the last 30 years Back to Back Theatre has made a body of work that questions the assumptions of what is possible in theatre, but also the assumptions we hold about ourselves and others. As an ongoing dialogue with our audience, each new project is an investigation seeking answers to questions raised in previous works. Our attention lies with design, light, and sound. The stories we pursue weave the personal, the political and the cosmic. We work to curiosity and interest in the live moment, to what sits within and between."
Back to Back Theatre is based in Geelong, Australia.
Published book: Helena Grehan and Peter Eckersalll, eds. We're People Who Do Shows: Back to Back Theatre: Performance Politics Visibility. Performance Research Books, 2013.