As a world-leading research institution, Carnegie Mellon is a major creator and consumer of scholarly materials. Through the Libraries’ efforts to champion new forms of scholarly communication, we have focused on building relationships with publishers that prioritize open access and sustainability.

In this guide, you will find information about our latest agreements, which focus on new and innovative licensing terms that place open access squarely in the forefront.

The term open access (OA) describes the practice of making scholarly research outputs freely accessible online and easily discoverable in an Internet search. Providing open access to research and scholarship has become a worldwide movement serving the mission of higher education, and it is strategic for Carnegie Mellon University. Open access disseminates works authored by the Carnegie Mellon community as broadly as possible, encouraging use, increasing citations and amplifying impact, and enables the Carnegie Mellon community to access works authored around the world.

The university has taken a number of actions to promote open access. In 2003, then-Provost Mark Kamlet signed the Budapest Open Access Initiative. In 2007, CMU’s Faculty Senate formalized this commitment with an Open Access Resolution that strongly encouraged faculty to make their work more available to the public. More recently, in 2016, University Libraries launched its institutional repository, Kilthub, to increase the dissemination of open access materials created by the CMU community.

With the November 2019 announcement of the transformative agreement with Elsevier, Carnegie Mellon demonstrates its ongoing commitment to ensuring that the university's research is open and accessible to the world. Writing in the Pittsburgh Post-Gazette in January 2020, an op-ed by Dean of Libraries and Director of Emerging and Integrative Media Initiatives Keith Webster entitled, “Libraries will champion an open future for scholarship” outlines the responsibilities of academic libraries to support open access.

Read more about how open access is encouraged and supported at Carnegie Mellon.

Here are the current CMU Open Access Agreements. Each agreement is further detailed in the guide tabs. 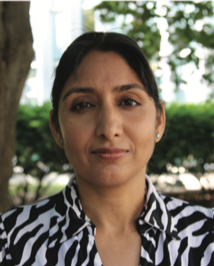